Have you ever heard of the JEREMIE Fund or Equifund? If not, I am sure you have heard of startups such as Workable and TaxiBeat (now called BEAT), which are amongst the most successful startups that are currently operating in Greece and were launched in 2012. Part of the success of these companies is the fact that they were able to secure investment from the JEREMIE Funds (OpenFund, Odyssey Ventures, PJ Tech Catalyst Fund and Elikonos Fund) that were being set up around the same time in Greece.

In fact, as Demetrios Pogkas says in a recent article he wrote, these 4 funds "invested alone or along with other Greek and/or international investors in 61 different companies in 93 deals of an accumulated amount of at least €59.02 million". Today, some of these companies have ceased operations, others have pivoted their business models or have managed to secure additional rounds of funding, and a few of them have managed to do some successful exits. But most importantly these funds were able to create a momentum for the Greek startup scene.

In 2018, the Equifund comes to build upon this momentum with the creation of 9 new Funds. These are: BigPi, Metavallon VC, Uni.fund, Velocity Partners, Marathon VC, Venture Friends II, Ellikonos 2 Sicar, EOS Capital, and Synergia Hellenic Fund.

The available funds for investment from Equifund are close to €400 Million and the funds need to be invested by 2022. According to an article from Startupper (in Greek), this means that each fund will need to invest in about 40 startups, totaling over 240 startups, although co-investments are possible.

Clearly, with all this funding available, this is the best time to be launching a startup. If you want to find out more you can see the presentations that most of the newly launched VCs gave in OpenCoffee LXXXVI and OpenCoffee XCIII (both links in Greek).

Editor's nore: the article was updated on the 15th of April 2018 with new information. 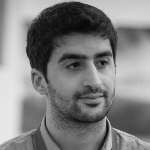 Being passionate about helping startups and entrepreneurs grow, Markos joined Endeavor to support Small Medium Businesses develop and reach their full potential. At the same time as a Co-Founder of Reload Greece, a London-based organisation aiming to mobilise the diaspora to create new ventures that can have an impact in Greece, Markos has contributed in the inception of 60 innovative ideas, 7 of which have raised combined funding of £1M and have created 45 new jobs. Prior to Endeavor, he was a Partnership Manager at the MassChallenge accelerator. Earlier in his career, while working at CustomMade.com in the US, he helped the company secure a $2.1M investment from Google Ventures and First Round Capital and contributed to the acquisition of Kopi.co.uk by Cafedirect. Other than startups Markos has worked for MIT University and for big corporates such as Siemens and Expedia. He holds a BSc from Warwick Business School and an MBA from Northeastern University.

Neos Chronos are thankful to the author for accepting our invitation and generously sharing their knowledge and insights. The content of this article is licensed under the Creative Commons Attribution 4.0 International License with permission from the author. You are free to use and adapt this article for your own purposes as long as you visibly acknowledge the author and Neos Chronos as the source in any derivative work. Please also observe the Neos Chronos Terms of Use.

For the avoidance of doubt, Neos Chronos is not affiliated with and has no financial interest in any of the companies mentioned in this article. All names and trademarks mentioned herein are the property of their respective owners. Please observe the Neos Chronos Terms of Use.

For more information on how our advisory services could help you reach out to hand-picked specialists and industry experts, please contact us to arrange an introductory meeting or

Book a Discovery Session now!
Get to know us. Put us to the test.